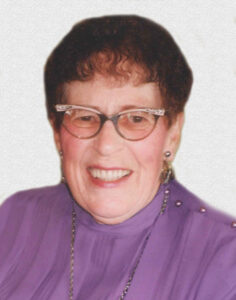 Hayball, Joan Rosemary July 26, 1919 – January 28, 2014 It is with heavy hearts that the family of Joan Hayball announces her passing on Tuesday, January 28, 2014 at the age of 94 years. She is survived by her children, Donna (John) Wallin and Randy (Donna) Hayball; four grandchildren and three great grandchildren. Joan was predeceased by her husband, Gordon Hayball. She loved music and will be remembered for her piano playing. Joan’s memory will be forever cherished. A Funeral Service will be held at Pierson’s Forest Lawn Chapel, 4121 – 17 Avenue SE, on Monday, February 3, 2014, at 11:00 a.m. Messages of condolence may be forwarded to the family at www.piersons.ca .