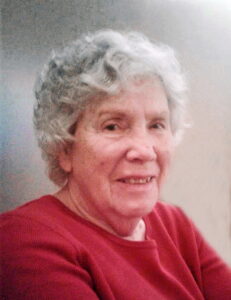 Joan was born and raised in Stavely, Alberta. She moved to Calgary in 1951 where she worked for the CIBC, in Oil and Gas, some time for the NCR (National Cash Register) for 15 years and then as a Realtor for 10 years. She spent the remaining part of her working career (over 30 years) as a Master Herbalist, something that began as a hobby and became a full-time position where she was self employed. In 1954, Joan married Ray Emery and their union gave them their daughter Terry. While the marriage did not last, there was a bond of love between Ray and Joan that did not disappear. Joan had a variety of interests which she energetically explored. She was an avid painter, loved to craft and spent hours in her beautiful garden. Travel was an important part of her life and Terry and her have many fond memories of their journeys together. Joan spent time in Fairmont, BC where she enjoyed her time with friends and her current projects. Joan also loved baseball and was a devoted Blue Jays fan. Joan was a devoted member of the Church of Jesus Christ of Latter-day Saints, where she found solace and peace. She accepted positions of responsibility and volunteered diligently throughout her life. Her teaching skills were put to extensive use in the Seminary program and also in the Sunday School. She also served as a Relief Society President three times and in supportive roles where she was needed. Joan lived what she believed and was a hard worker. Her family will miss her ever present love.

Due to Covid-19 restrictions, attendance is limited to 40 guests.