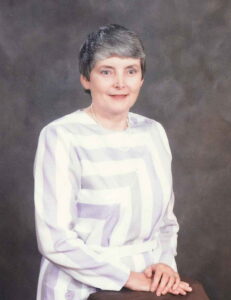 Jessie was born in Glasgow, Scotland to William and Helen Colquhoun. She met and married the love of her life, John. When the girls were school aged, John and Jessie relocated to Ontario before settling in Alberta.They became involved in many activities in their community including Scottish Country Dancing where they were both Board Members and Jessie loved to sing in various choirs all her life. She worked as a nurse back home in Scotland for many years and after making Alberta home became a private home nurse with ParaMed which she enjoyed very much. She was a loving and doting grandmother, a good friend and appreciated all her friendships. She will be missed by family and friends in Calgary and Scotland.