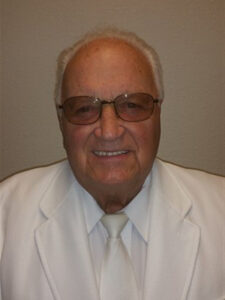 Jerry Brown passed away on Thursday, May 20, 2021 at the age of 90 years. He will be lovingly remembered by his children Suzanne (Hans) McPherson of Corvallis, MT, Scott Law of St George, UT, Ward Brown of Kelowna, BC, and Jade (Brad) Mahon of Okotoks, AB; grandchildren Brandi (Simon), Landis, Liam and Chase; great grandchildren Natasha, Ethan, Zachary, Mason and Lincoln; great great grandson Roan; sister Audrey Bowley, of Langley, BC; and many more family and friends. He was predeceased by his son Jeffrey, grandson Jacob and sister Geraldine.

Jerry McLean Brown was born on December 22, 1930, to Juanita Crawford and Jessie Jessop in Calgary, Alberta. As a newborn, he was adopted by Marion McLean and Fredrick Brown and raised in the Lethbridge, Alberta area as a member of The Church of Jesus Christ of Latter-Day Saints. Marion later remarried Reginald Russell Neil, and they eventually moved to Rosemary, Alberta, where Jerry spent his teenage years. In 1950, Jerry embarked on a church mission to Australia, spending time between Wollongong, New South Wales and Brisbane, Queensland.

In the Fall of 1953, Jerry returned from his Australian mission, and in 1954, he married Bernice Rae (“Bonnie”) Walton of Rosemary, Alberta, in the Cardston Temple. They had three children together: Suzanne Fern, Scott Reginald, and Jeffrey Lance; however, the children were later raised by Edwin Curtis Law, their adopted father, also known as Ted Law.

In 1962, Jerry remarried. He met his second wife, Doreen Elizabeth Gourlie, in Vancouver, British Columbia. There, they had their first child, Ward Russell. Doreen was originally from Regina, Saskatchewan, and the family found themselves moving to the prairies to help Doreen’s parents on the farm. Their second child, Jade Jay, was born in Regina.

Jerry was known as an “old-soul cowboy.” Being an honorary member of the Canadian Rodeo Cowboy Association, he was known for his rodeo promotions, which featured live entertainment. Jerry even shared stories of bootlegging alcohol across the borders when necessary. He loved “classic” country music. While living in Regina, Jerry owned and managed various country music restaurants and dance clubs that featured live country music (Circle J, Triple J, The Pump, Sheila Ann’s Country Palace, and others). By the late 70s, Jerry left Saskatchewan for Brandon, Manitoba, to explore another live music venue opportunity.

In the early 1980s, Jerry relocated to Saskatoon, Saskatchewan, to assume ownership of another “country palace.” It was in Saskatoon that Jerry married his third wife, Margaret Loraas. Their union was brief, and they had no children.

In the mid-80s, Jerry left Saskatoon and went south to Las Vegas to build and operate a nightclub with an old friend from Regina, Bill Tufts.  By the late 1980s, Jerry started to reconcile with his children. Jerry didn’t know about his middle son until after Jeffrey’s passing, which seemed to be Jerry’s greatest regret in life.

In 1992, Jerry and Bill formulated an organic concentrated orange cleaning product, Orange TKO. Still to this day, their multi-purpose wonder cleaner cleans everything from fruits and vegetables to carpet stains. Jerry was known for taking the product on the road—touring pet shows, horse shows, and health trade shows all over the US and Canada. At this time in Jerry’s life, he had also begun his journey back to The Church of Jesus Christ of Latter-Day Saints, determined to make amends for his past.

In 2001, Jerry moved to Cochrane, Alberta, to be a “live-in nanny” for Jade’s twin boys, Landis and Liam, and later welcomed his step-grandchildren, Brendan and Hannah, in 2004.  He made Cochrane his home base, and Jerry continued to grow the Canadian side of Orange TKO. He was still involved in the business the month he passed away, thanks to his long-standing business partnerships with Lona Larter and Dale Woodhouse.

Being in Cochrane, Jerry had returned fully to the Church, and through the reconciliation with his family, part of his healing was understanding his birth family’s history. When open adoption records became available, in 2011, Jerry discovered the biological side of his family. Jerry learned that in 1933, his birth mother, Juanita Crawford (deceased 2008), had married William Hodge and had two daughters, Geraldine, coincidently known as Gerry (deceased 2006) and Audrey. Jerry continued his search through his adoption papers and the genealogy network facilitated by the Church’s family search resources.

Jerry was first able to find Don Crawford, the youngest sibling to Juanita and four years Jerry’s senior, who happened to live in High River, Alberta. Don was just four years old when his 16-year old sister had left home in Lethbridge to go to Calgary and now learned why. Through Don, Jerry then met his half-sister, Audrey, to which Jerry developed an endearing relationship. In June 2012, Jerry attended the celebration of life for Audrey’s husband in Langley, BC, to meet his sister in person, along with all the nieces and nephews and their families. He suddenly found himself surrounded by more family than he ever imagined possible – an amazing feeling for Jerry, who grew up as an only child.

These new family relationships, and the connection with each of his children and their families, brought Jerry great peace in his final decades of life.

Jerry managed to gain and maintain good health and activity throughout his senior years. He developed dry macular degeneration and became legally blind around 2010 (at 80 years old). When Jerry realized he was losing his eyesight so quickly, he took up acrylic painting lessons (on his bucket list, perhaps) and has left several canvas paintings for his family, as Jerry had a creative nature and artistic talents. Although his loss of sight would be considered a disability by most, Jerry still served his Church community and later as a Temple Ordinance Worker in the Calgary Temple, shortly after it opened in late 2012, with the help of many members who would drive him. Jerry found great joy and satisfaction in his twice weekly temple service and worked diligently right up until the necessary closures in March 2020. It was a vital part of his world and equally enjoyable to him were the longstanding relationships he forged in his service in the primary to many children and youth. He spoke of serving with Bishop Doug Bowie as his executive secretary, as one of the great highlights of his life, as he grew so close to so many that are cherished friends forever.

In his 91st year, as Jerry would say, having been diabetic, dealing with failing kidneys, combating congestive heart failure, all broke his body, but never his mind. He died peacefully, on his terms, in his daughter Jade’s home in Okotoks, Alberta, where he went to receive palliative care, knowing it was the end of his life on Earth. Bishop Fairbanks of the Heritage Pointe Ward gave him a blessing before his passing, giving him much peace in his final weeks, knowing he will serve another mission on the other side.

Jerry will be lovingly remembered for: being generous; giving his time and attention; inviting his friends, Elders, and church companions to lunches and events held at the Cochrane Big Hill Seniors Lodge, where he was a resident for over 5 years; and for keeping Orange TKO Concentrated Cleaner in the homes of all the loyal North American customers.

A Visitation will be held for Jerry at The Church of Jesus Christ of Latter-day Saints – Cochrane Chapel (1100 Gleneagles Drive, Cochrane) on Thursday, June 3, 2021 from 6:00 – 8:00 pm. A Funeral Service will be webcast on Friday, June 4, 2021 at 11:00 am. To join the webcast please click on this link: https://zoom.us/j/97456497708. Interment will follow at Cochrane Cemetery. If friends so desire, donations may be given in memory of Jerry to the CNIB Foundation (www.cnib.com). Hug’s from home may be forwarded to the family under the resources page of this website.

The Church of Jesus Christ of Latter-day Saints - Cochrane Chapel