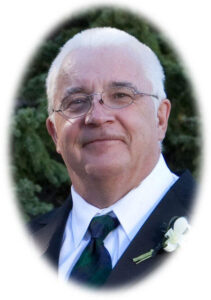 WATSON Jerome Philip October 25, 1951 January 22, 2013 Jerome Watson passed away suddenly January 22, 2013 at the age of 61years. He will be dearly missed by his twelve children: Angela McNeill (Ryan), Gregory Watson (Katheryn), Paul Watson, Patricia Watson, Helena Killinger (Robert), Therese Watson, Daniel Watson (fiancee Frederique Ouellet), Thomas Watson, Philomena Watson, Gerard Watson, Anne-Marie Watson and Madeleine Watson; their mother Liz Watson; fourteen grandchildren; a brother Alan Watson; and many relatives and friends. He was predeceased by his parents Aubrey & Irene Watson. Jerome was born and raised in Calgary attending St. Mary’s High School. One summer during high school, he had the good fortune to visit his uncle John McKervey in Phoenix, AZ where he developed a love for the Arizona desert and a disdain for Canadian winters. In 1975, Jerome married Elisabeth “Liz” Durian and they started their family. About the same time, he determined that he should become a Sheet Metal Mechanic and with hard work became a journeyman in 1982. Jerome worked for many years at ASM Industries and for a period of time also owned his own business, Watco Industries, where he manufactured sun-lites, an ingenious way of inexpensively bringing natural light into homes. In 1992, the family moved to an acreage in Indus. Jerome carried the familiar smell of diesel and oil from his constant work of older vehicles, primarily from the 1950s. He loved playing his guitar and played bass in his younger years. Jerome had a huge love for his family. Prayer Services will be held at St. Dennis Catholic Church, 4718 Worcester Drive SW, on Sunday, January 27, 2013 at 7:30 p.m. with Reverend Father Emmanuel Herkel, Celebrant. Funeral Mass will be held at the same Church on Monday, January 28, 2013 at 11:00 a.m. Interment will follow in the Rocky View Garden of Peace Cemetery with a reception to follow in the Prince of Peace Hall. Messages of condolence may be forwarded to the family at www.piersons.ca. Arrangements are in care of PIERSON’S FUNERAL SERVICE. Telephone 403-235-3602.