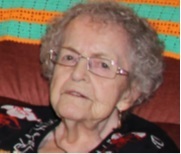 Jeff Lechelt passed away on Wednesday, January 27, 2016 just 3 days short of his 45th birthday. He will be dearly missed by his wife Nicole (nee Kobza); and their three children Benjamin, Zachary and Abigail; his parents Edwin and Margaret Lechelt of Sherwood Park, AB; and his sister Teresa and her husband David Graham and their sons Dylan and Jacob. Jeff will also be dearly missed by Nicole’s family: parents Larry and Deborah Kobza of Red Deer, grandmother Natalka Kobza; brother Scott and Angie Kobza and their children Niyah, Samaya and Keyson; as well as a large extended family, many friends, teammates and colleagues.

Jeff was born in Edmonton and raised in Sherwood Park. After graduating from High School, he attended Concordia College and then the University of Alberta where he graduated with a Bachelors of Commerce. He began working in Information Technology with ISM and remained with the company through a merger where it became IBM. In 2008, he left IBM and after short terms at Honeywell and Fujitsu, moved to Acrodex to return to his roots to do what he truly loved to do. In 1997, IBM brought him to Calgary where he met the love of his life Nicole and were married in 2000, calling Calgary home.

Jeff was a man’s man. He lived and breathed sports. He enjoyed watching his hockey and paying attention to the details and stats of any game. He enjoyed playing it just as much as watching, playing on many different hockey teams throughout the years and forming lifelong friendships. He was competitive and gracious, passionate and determined in his sports and in his life. As an athlete he excelled. He loved cars, was an accomplished distance runner and also loved to golf and ski, especially with his boys. He had an unknown musical side that included achieving success in musical theatre and Grade 8 piano in the Royal Conservatory of Music.

In 2012 Jeff was diagnosed with cancer and he faced a host of surgeries and treatments with the same courage, determination and positive perspective that he demonstrated in all areas of his life. Jeff lived a mighty life during the last four years, embracing all that was truly important and making the most of every day.

Jeff had a quiet but solid faith in God and loved his family – they were central to his life. Skiing and camping trips were highlights of their time together. Jeff was a great provider, intelligent, courageous and he lived with honesty and integrity. Although intense and serious at times, he loved to laugh and enjoy life. He will be remembered as a man of strength and a rock to his wife and family.

A Memorial Service will be held for Jeff at Centre Street Church (3900 – 2 Street NE, Calgary) on Friday, February 5th, 2016 at 1:00pm. Messages of condolence may be forwarded to the family at www.piersons.ca