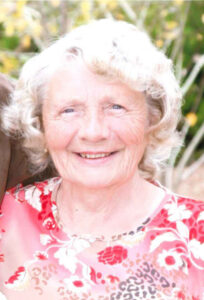 The family of Janet McMillan Cole is saddened to announce her passing on May 18, 2014 at the age of 77 years. Janet is lovingly remembered by her husband of 53 years Kenneth Lawson Cole. She will also be dearly missed by her children John Tolland, Janet (Ervin) Mazurkewich, David Cole all of Saskatoon, Sk, Donna (Rod) Cordick of Calgary, Ab, and Ralph Cole (Nicole Amor) of Regina, Sk; grandchildren and their spouses Lyndsay and Tony Rye, Heather and Kyle Helsrick, Amanda and Garett Ouellet, Keneth Cole all of Saskatoon, Sk, Cameron Zaleschuk, Kaitlyn Hope both of Calgary, Ab, Chris and Connie Tolland of Red Deer, Ab; and sister Margaret McKinnon of Dunoon Scotland. Janet is predeceased by her parents David Doak and Margaret Cathcart Doak. Born in Glasgow, Scotland where Janet spent her formative years she attended Duncan Grammar school. A few years after graduation Janet met and married Kenneth and they soon began a family where Janet proudly served as a homemaker. Janet loved gardening and possessed an amazing green thumb and always enjoyed spending time with her two beloved dogs. Traveling here and there, especially to the lake where she could fish with her beloved family and friends was a special and adored pastime. Janet was especially proud of her collection of angels. Deeply loved, Janet will be sorely missed by all those that were part of her family and circle of friends. In keeping with her wishes, no Funeral Service will be held. Cremation has taken place. For those wishing to send their condolences, messages may be sent to www.piersons.ca