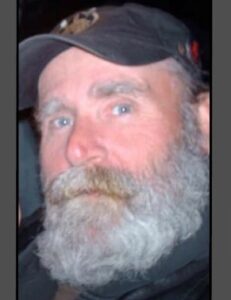 The family of James Cochrane sadly announce the passing of our beloved â€œGrumpyâ€ in Calgary after a long and courageous battle with Cancer.

Jim is survived by his daughters Kelly (Jason) and Julie (Bill), son Kevin (Tonia), and stepdaughter Dawn (Zach); his brothers Frank, Rob and Don (Lori), and sister Patti (Mike); 10 Grandchildren and 2 great-grandchildren. He was pre-deceased by his parents Frank and Pat Cochrane.

When Jimâ€™s first Granddaughter Nicole was a baby, she had a hard time saying Grandpa and he became â€œGrumpyâ€. With his long beard he adopted the Grumpy logo and the name stuck.

Jim spent the last 30 years In Calgary and will be missed by his bike buddies and friends from the Border Crossing. He had a great love for the open road. Whether in a 18 wheeler with Jake riding shotgun or on a run on his Harley. He was a constant storyteller.
Ride free Grumpy!