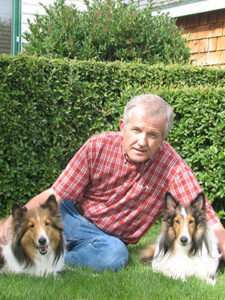 It is with great sadness that we announce the passing of James “Jim” Munro after a courageous battle with cancer on June 23, 2021 at the age of 66 years. He is survived by his loving wife Valerie Munro; brothers Richard (Ruth) Munro of Nokomis, SK, Donald Munro and Howard Munro both of Calgary, AB; mother-in-law Marilyn Hitchner; sister-in-law Dennell (Rob) Gillespie; nieces Kaitlin Gillespie, Courtney (Branden) Belley, and their daughter Amelia; and many more family and friends. He was predeceased by his father George Munro, mother Olga Munro (nee Penner) and sister Sherry Munro.

Jim was born in Nokomis, SK on March 8, 1955, and raised near Nokomis, SK a small farming community in the central part of the province. He attended grade school in Semans, SK and attended grades 9-12 in Nokomis, SK where he graduated in 1973. After graduating from SAIT in 1975 with a Diploma of Petroleum Engineering Technology, he started his career in the oil patch with Ashland Oil Canada. Through a series of acquisitions, by 1980 he was working at Dome Petroleum Ltd. Jim then went on to Atcor Resources Ltd., joining the company in 1984. In 1988 Jim met the love of his life Valerie Hitchner and in 1994 they were married and have enjoyed 27 years of marriage. In 1995, Atcor was acquired by Canadian Forest Oil Ltd. where he remained until 2009. In 2010 he started his consulting company Bettyhill Petroleum Ltd. Also in 2010, he challenged the Engineering program and became a Professional Licensee (Engineering). He consulted with Pengrowth Energy Corporation from 2010-2014, followed by a short time at Vermillion Energy Inc., then on to Tourmaline Oil Corp. in 2015 where he continued to work until his illness.

Coming from a rural background he maintained his early interest in fixing or building things, and renovated the former family home in Saskatchewan. He had numerous other interests, including trying to manage two demanding Shetland Sheepdogs, downhill skiing, woodworking, gardening, traveling, and reminisce with friends over a few Coronas. He completed writing a history book in 2006 about the village of Tate where he spent the first 14 years of his life. Although no longer active in hockey, football or curling he is still an avid fan of these sports and especially when it involves the Roughriders. He was also an avid reader and had an extensive collection of books that took up bookshelves on multiple floors of his home. Nokomis held a very special place in Jim’s heart. He made many trips to enjoy the family home and old school friends. He was knowledgeable of a broad range of topics and never forgot a date. In the winter he loved to spend time in the kitchen preparing endless recipes of soup. Jim was always the life of the party, and family and friends will miss his wit and humor. Those that had the honour of being part of Jim’s life will know that he had an impact on everyone he met and will keep a special place for him in their hearts.

We would like to thank Dr. Garnette Sutherland, Dr. Salman Faruqi, Dr. Gloria Roldan Urgoiti and their teams for Jim’s care during his illness. In addition, a thank you to the Home Care Team and Dr. Kim Finvers and the wonderful staff at Rosedale Hospice.

In lieu of flowers, if family and friends wish, a memorial tribute may be made directly to Calgary Humane Society (www.calgaryhumane.ca), or Rosedale Hospice at Hospice Calgary, (www.hospicecalgary.ca). Hugs from home can be submitted under the resources tab.