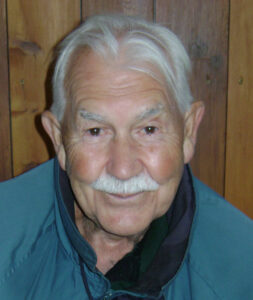 A most beloved father and grandfather, Istvan Benko passed away on July 22, 2015 at the age of 85 years.

Istvan was born in Varpalota, Hungary on August 14, 1929. He worked the air compressors at the local coal mine, where he met Brigitta. They were married in 1954. During the Hungarian Revolution in 1956, he and Brigitta fled communism by escaping across the Iron Curtain. Their only child Stephen Jr. was born September 1, 1957 in a Yugoslavian refugee camp. Istvan and family emigrated to Canada in 1957, landing at Pier 21 in Halifax, Nova Scotia, and made that city the place of their permanent residency. Istvan loved Canada and became a citizen in 1973.

Istvan spent his working career as a Dental Technician at Associated Dental Laboratories (Halifax). He was a jack-of-all trades and was proud that he could almost fix anything. Istvan enjoyed fishing, gardening, story-telling and spending time with the family dogs Stubby and Oliver. However, his greatest joy was spending time with his granddaughters Rae-Anne and Carla. His gentle nature, humour, compassion and kind heart and soul touched many people.

He was predeceased by his spouse Brigitta Benko (nee Rosipal) on Oct 12, 2007. Istvan moved to Calgary shortly thereafter to be closer to his son Stephen Jr. and family.

Istvan will be lovingly remembered by his son Stephen Jr. (Linda Lou Rung) and granddaughters Rae-Anne and Carla.

At Istvan’s request there will be no funeral services. Messages of condolence may be forwarded to the family at www.piersons.ca Arrangements entrusted to Pierson’s Funeral Service Ltd. Telephone 403-235-3602.