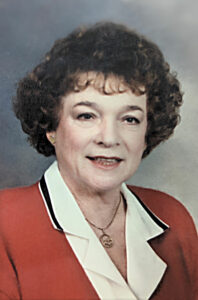 Irene was predeceased by her Husband, Louis Schneider; Her parents, Halena and John Kawa; and her brother Edward Kawa.

Irene was born in Poland moving to Canada in her young years. She found herself in Paradise hill SK where she worked at a grocery store for many years.

Irene moved to Dauphin MB in 1966 where she worked at a ford dealership as a book keeper. Looking for a change, Irene then found her new passion; travel. She enjoyed the travel business and organizing trips (even leading trips abroad). This led Irene to co-own Aladdin travel agency. Where she stayed until retirement. After her husband’s passing; Irene made the decision to move to Strathmore, AB in 2003 to be closer to her family. She remained in Strathmore until a hip injury in 2018, Which brought her into the care of Bethany Harvest Hills.

She loved Halloween and dressing up in costumes. She would always have her “magic Bag” for her grandchildren. A bag that held an endless supply of games and toys. A memory her grandchildren will cherish.

Irene had many interests such as painting, playing piano, bird watching and teaching dance. Bridge was something she became passionate about. She even went a bridge cruise which combined two of her favorite things, Travel and bridge.

Irene will be lovingly remembered by all who knew her.