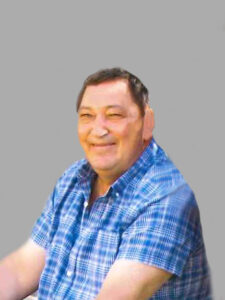 Years after a long battle with cancer, Ilie Balogh passed away on Sunday, June 8, 2014 at the age of 61. He leaves to mourn his passing his Cucoana Silvia; step-children Dan & Liminita Balogh and children of Zarogosa, Spain and Lavinia & Gavin Ridao and daughters of Calgary AB; as well as his sister-in-law Anna (Tibor) Stanescu; close family friend Sophie Tonita; and all other family members and friends. Ilie was predeceased by his parents and one brother.

Ilie was born and raised in Vieru, Giurgiu, Romania. He loved his work as a truck driver which he had to stop after becoming ill. He and Silvia met in 1998 and have been together ever since. Ilie had a special love for granddaughters Mia and Kayla, and will be dearly missed by his Cucoana Silvia and family.