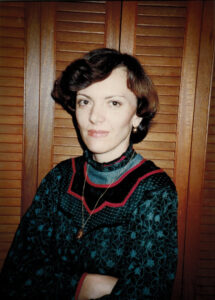 Ildiko Nagy (Bernatsky) was born in Budapest, Hungary on March 15, 1944 and passed away on March 15, 2017 at the age of 73 years. Ildiko is survived by her husband Jeno, her daughter Susannah and grand son Reggie, son Andrew (Brandi) and his wife Linda. She was predeceased are her parents and brother Matyas as well as her 10 year old son Jeno (Popi).Ildiko Immigrated to Canada with her parents in 1957 and completed her High School studies in Winnipeg. As a young girl she spent nearly a year in Denver, Colorado with her uncle and his wife. Ildiko met her husband during her 16th birthday party, then two years later they were married, the marriage lasted 54 years. Ildiko enjoyed being a domestic engineer, nurturing the growing children, spending time with the neighbor ladies, and soaking up the sun on the beautiful sandy beaches of the many lakes in Manitoba. She loved to spend time in cottages and strolls through the forest hunting for mushrooms. Ildiko endured some major surgeries, bouts of hospitalizations, and nervous breakdowns, but in between, was still able to enjoy nice trips. She visited Hungary, Expo 67 in Montreal, Toronto, The Niagra Peninsula, Mount Rushmore, Chicago, The Canadian Rockies, and the Okanagan Region. She loved life and enjoyed both the little things and the more substantial ones equally. She suffered from COPD and other illnesses which caused her passing. A Memorial Service for Ildiko will be held on Tuesday, March 21, 2017 at 2:00 p.m. at Pierson’s Funeral Service at 4121 17 Avenue S.E., Calgary, AB. In lieu of flowers donations may be made to the Leukemia Society of Calgary (http://www.llscanada.org/prairies-region) or to a charity of your choice.