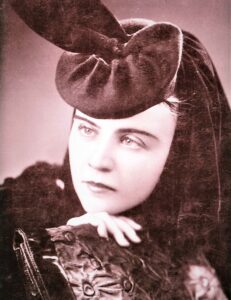 Ida was born in Szarvas Hungary and forever proud of her homeland. Throughout her life she had much joy and many sorrows. Growing up she loved swimming in the Koros River and skating during the winters. Her love to read, play the piano and attend the famous Hungarian operas were highlights in her life. Even at the age of 99 she could sing the songs from her favorite opera Madame Butterfly by Puccini.

While attending the Teachers’ Education Academy in her hometown of Szarvas, she met the love of her life , Erno, who was studying at the Szarvas Agriculture Academy. They married in 1939 and moved to the Sebo home and land that was owned by the family for some 400 years. Within a short period of time, her husband was called to military service and she was left with the responsibility of overseeing the land. Her husband often complimented Ida for her management skills.

As Communism moved into Hungary in 1947, their lands were confiscated and Ida was forced into prison for some six months in 1951 upon refusing to accept the dogma of the new regime. When the revolution broke out in 1956, the family fled their homeland. They arrived in Canada in 1957 and settled in Calgary in 1959 where she lived for the last 61 years of her life.

Private Family Services have been held.