You are here: Obituaries / Heather Harrington 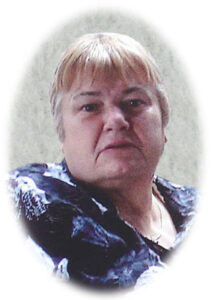 HARRINGTON, Heather Gail August 11, 1949 September 27, 2012 Heather passed away suddenly in Sundre, AB, on Thursday, September 27, 2012 at the age of 63 years. She leaves behind the love of her life of the past forty years Garry Harrington; her two sons Jeff Harrington and Steven Harrington; her mother and father Francis and Robert Crook; one brother Peter Crook of Ottawa, ON, and a sister Kathy Cunningham of Arnprior, ON. Heather worked at Wal-Mart for the last 28 years. She loved camping and motorcycling as well as spending time with her family. Heather will be greatly missed and forever in our hearts. Visitation will take place at Pierson’s Forest Lawn Chapel (4121 – 17 Avenue SE) on Wednesday, October 3, 2012 from 6:00 p.m. to 8:00 p.m. A Funeral Service will take place at the same location on Thursday, October 4, 2012 at 10:00 a.m. Messages of condolence may be forwarded to the family at www.piersons.ca.