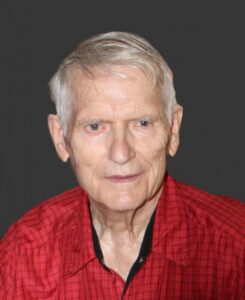 Harold Oliver Payne passed away peacefully Tuesday January 23, 2018 at 89 years of age. Harold will be lovingly remembered by many including his children: Danny (Elaine) Payne, Randy (Meining) Payne, Hilda Payne, Dorie (Stewart) Henry, Judy (Clark) Jensen and Shaun (Dawn) Payne; 28 grandchildren, 27 great grandchildren, siblings: Fayetta (Ray) Western, Nawana Payne and Rae (Pam) Payne; sister-in-law Margaret Payne and many more family and friends. He was predeceased by his wife Doris, son Cameron and siblings: Howard Payne, Dell Payne and Terry Picket. Harold was born in Cardston AB and raised in MountainView and area. By 12 years old Harold was doing work equivalent to that of a man, for local farmers, and was paid accordingly. Eventually, he moved to Calgary where he met Doris – the love of his life. Doris and Harold were married in Ottawa while Harold was serving the army in Ontario. He was later transferred to Victoria where they started their family. After leaving the army they moved to Calgary where he worked in a number of trades, became a contractor and eventually worked as a building inspector for the City of Calgary. Harold always helped others and his home was known to be a welcoming place to many. A Funeral Service will be held for Harold at The Church of Jesus Christ of Latter-day Saints – North Stake Center (5927 Tipton Road NW, Calgary) on Saturday February 3, 2018 at 10:00 am with visitation starting at 9:00 am. Interment will follow at Mountain View Memorial Gardens.