You are here: Obituaries / Guilherme Jeronimo 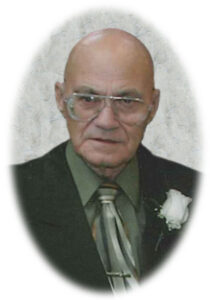 JERONIMO, Guilherme Medeiros December 23, 1924 – May 27, 2013 Guilherme Jeronimo passed away peacefully on May 27, 2013 at the age of 88 years. He was born in Covoada, Sao Miguel, Azores. He served his country proudly in the military by volunteering for a tour of duty in Angola, Africa. He immigrated to Canada in 1956 to start a new life for the better of his family. Guilherme is survived by three children Ilidio, Jerry, and Mandi and son-in-law Joe Barcelos; three grandchildren Michael, Gary, Bertine and three great grandchildren Leanda, Laila and Aerius; numerous nieces and nephews as well as sisters-in-law Alexandrina Machado and Maria Jose Faria. Guilherme was predeceased by his loving wife Diamantina in 2007. He lived his life with honour and died with dignity. A loving father forever remembered dearly in the hearts of those who will forever love him. May he rest in peace. The family would like to thank the doctors and nurses of Unit 23 in the Peter Lougheed Centre for the care, comfort and compassion given to him. Prayer Services will be held at Our Lady of Fatima Catholic Church, 4747 – 30 Street SE, Calgary on Thursday, May 30, 2013 at 7:30 p.m. Funeral Mass will be celebrated at the same location on Friday, May 31, 2013 at 10:30 am with Reverend Father Clauber Lima, Celebrant. Messages of condolence may be forwarded to the family at www.piersons.ca.