You are here: Obituaries / Gretel Haparta 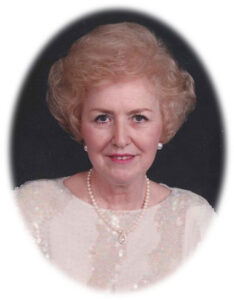 HAPARTA, Gretel (nee Redecke) June 10, 1935 December 18, 2012 It is with great sadness that the family of Gretel Haparta announces her passing at the age of 77 years. She will be lovingly remembered by her children, Roger Haparta and Jeanette (Glen) Wozny; grandchildren, Jolene (Stuart) Veno and Krystal (Jason) Boychuk; great grandchildren, Cody, Lacey, Jordan and Kashis; and her twin brother, Hans Redecke of Denkendorf, Germany. Gretel was predeceased by her husband, Wilhelm (Bill) Haparta; and her parents, Hans and Wilhelmina Redecke. Gretel was born in Tuebingen, Germany, immigrated to Canada, and enjoyed a 33 year career with the Hudson’s Bay Company. We would like to give our thanks to the staff at Garrison Green for their exceptional care extended to our mother. Visitation will be held on Thursday, December 27, 2012, at Pierson’s Forest Lawn Chapel, 4121-17 Avenue SE, from 6:00 p.m. to 8:00 p.m. Funeral Services will be held at the same location on Friday, December 28, 2012 at 10:00 a.m. Interment will take place at Queen’s Park Cemetery at a later date. In lieu of flowers, donations may be made to the Parkinson’s Society of Canada. Messages of condolence may be forwarded to the family at www.piersons.ca. Arrangements are in care of PIERSON’S FUNERAL SERVICE. Telephone 403 235-3602.