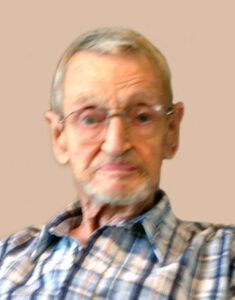 Gordon was born in Manchester, UK on Christmas day, 1922 and immigrated to Canada in 1949. He was predeceased by his parents and brother in the UK, his wife Barbara and grandson Zachary. He is survived by son David (Leslie) of Bedford, TX, daughter Susan (Brett); grandchildren Cheyenne, Andrew (Jessica), Benjamin, and Christa; great-grandchildren Luchia, Ethan, and Maxim all of Calgary. Gordon served in the Royal Engineers, 6th Airborne Division for four years in WWII and saw service from the Battle to Java. This wartime travel created a desire to see more of the world and at the time of his death had set foot in 85 countries. Gordon worked in the Structural Steel industry all of his working life, 10 years in the UK and 39 years in Canada with Dominion Bridge Company. He worked in the drafting office and later in the field and participated in the construction of buildings, bridges, and other structures in the NWT, South-Eastern BC and throughout Alberta. During his working years he and Barbara found many friendships but alas most of these acquaintances have moved on or passed away. In later years Gordon was a keen photographer with a particular interest in wild flowers but as age took its toll he lived a quiet life at his home in Calgary. No service will be held and in lieu of flowers he asked that contributions be made to one of the many animal charities. Messages of condolence may be forwarded to the family at www.piersons.ca.