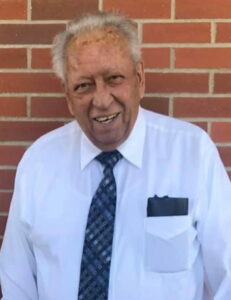 Gordon Jay Kesler was born in Lethbridge, Alberta. He was the third child of DeVore Samuel Kesler and Jessie Idella Godfrey. He passed away in Calgary and is survived by his wife of 66 years, Dorothy Violet Miller, their three children, Gordon Kesler (Caryn), Robert Kesler (LaWana), Judith Cobb (Howard), 14 grandchildren, 15 great grandchildren, his sister LaVore and brother Owen. Gordon was predeceased by his parents, and brother, Arthur.

Gordon grew up in Picture Butte, Alberta and had many fond and funny memories of getting into trouble with his brothers.

In 1960 he moved his young family to Logan, Utah to attend Utah State University where he earned a Bachelor’s Degree in Education and went on to teach in Calgary until 1980.

Gordon was an entrepreneur at heart. He opened a GM dealership in Acme, Alberta in 1980 which he had until 2009. When the dealership closed he kept the business open as a used car lot until he retired in 2017.

He served as mayor for nine of his 40 years in Acme.

Over the years Gordonâ€™s testimony of the gospel of Jesus Christ and his love for the Savior grew. He loved serving in The Church Of Jesus Christ of Latter-day Saints.The Calgary Temple was one of his favorite places. When the temple opened in 2012 Dorothy and he quickly made a habit of attending every week.