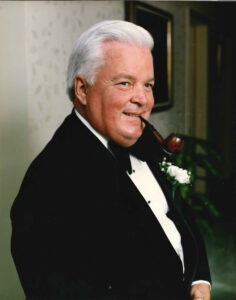 Flynn, Gordon Joseph March 9, 1945 – May 25, 2014 Gordon Flynn passed away suddenly but peacefully on May 25, 2014 in Calgary, AB. Gordon was originally from Bell Island, Newfoundland and moved to New York in 1962 with his family at the age of 17. After a long career at Metro North Railroad, he retired and moved to Calgary in 2001. He was a hard worker and a dedicated family man and will be missed by his family and friends. Gordon is predeceased by his parents, Rivlyn and Bride from Bell Island, NL, brother Kevin (Irene) and sister Mary Acampora (Frank). Gordon leaves to mourn, his loving wife Sheila (Foley) Flynn; daughter Debbie (Brendan) Guernsey of New York and grandson Ryan; son Jimi of Florida and granddaughter Gracie; step-daughter Linda (Foley) Lee of Calgary; his sister Carol (Bill) McKenzie of Connecticut; his brothers Jim (Ellen) of St.John’s, NL and Eddie (Ann) of San Francisco, California; as well as many nieces, nephews and friends in New York, Calgary and St. John’s, NL. Cremation has taken place. A memorial gathering will be held on Monday, June 2 at 7:00 pm at Pierson’s Forest Lawn Chapel, 4121 – 17 Avenue SE, Calgary. A service will be held at a later date in St. John’s. NL. Arrangements entrusted to Pierson’s Funeral Services(4121-17 Avenue S.E., telephone 403-235-3602). Messages of condolence may be forwarded to the family at www.piersons.ca