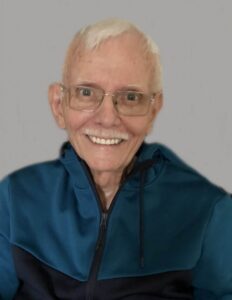 Gordon Brenzil passed away on Saturday, March 23, 2019 at the age of 79 years. He will be lovingly remembered by his wife of 42 years, Judy Brenzil; daughters Rhonda (Don) Martone and Kristine French; grandchildren Sydney, Kennedy, Tate, and Davis Frodsham; cousin Carol Ades; and many more family and friends.

Gordon was born and raised in Dunvile, ON. He moved to BC where he eventually met the love of his life, Judy. In the 80’s they made Calgary their home. Gordon loved technology. He worked for many years as a photographer, photo finisher and then a photo finishing tech. He embraced computers from the beginning and was always excited to work with new programs. Gordon was a very loving husband and father. He was also known for his ability to make anyone and everyone feel like they were the most important person in the world. He was in every way a people person.

A Funeral Service will be held for Gordon at The Church of Jesus Christ of Latter-day Saints – Sundance Chapel (100 Sunpark Drive SE, Calgary) on Friday, March 29, 2019 at 10:00 am.