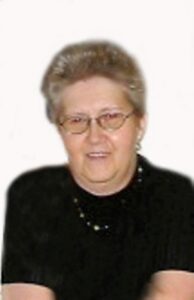 Gloria was born and raised in Amherst, Nova Scotia. She and Glen were married on August 3, 1963. Due to Glen’s military service, they travelled and lived in many cities across Canada and the world including Nova Scotia, New Brunswick, Ontario and Germany. While Glen was stationed in Germany, Gloria worked for the license office on the military base. She and Glen moved to Calgary in 1978 where she worked for two years at Atco Structures, followed by 3 years at the Alberta Cancer Board then a 15 year career at SAIT before her retirement.