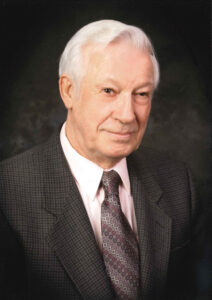 Glen passed away suddenly at the Rockyview General Hospital, at the age of 81 years. He will be remembered by Regina, his wife of 39 years; his step-son, Larry (Linda) Keller; twin daughters, Debbie Osbak and Pam (Ken) Wilson and son, Rodney; his two favorite grand-daughters, Tasha (Mike) Brister and Tara (Marvin) Manuel and Olivia; grandsons, Mike Keller and Jeff and Mike Watson; and sisters, Jean Berry and Vera (Gary) Wayant. Glen was born at Nipawin, SK, the second-youngest in a family of ten. He joined the army in September of 1952 at the age of 18 years, serving with the PPCLI for 3 years. A few months later, he joined Lord Strathcona, going to Germany for 2 years, then back to Calgary and was discharged after 6 years. He was also an active member of the 275 Legion in Forest Lawn for 44 years. Glen was predeceased by his step-son, Bill Keller; his parents, Joe and Davina; sisters, Pearl, Violet, Isabelle and Dorothy; and brothers, Joe, Stan and Les. A Funeral Service will be held at The Holy Trinity Catholic Church, 1525 45 Street SE, Calgary, on Saturday, February 6, 2016 at 11:00am. Interment to follow at Queen’s Park Cemetery.