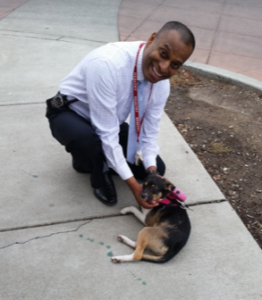 Gerick was born in the beautiful Fiji islands on February 4, 1969. He was a beloved son, brother, father, brother-in-law, and uncle. He spent seven years of his life in Fiji as a typical mischievous boy; and he spent 32 years in Calgary and 18 years in the United States. Gerick worked in Sonoma as an Executive Director over-seeing two facilities at once. His co-workers adored his abilities and ethics as a team Director. Gerick loved music and was very talented. He could play any musical instrument that he touched and had a beautiful singing voice. He also had a passion for driving.

Gerick took pride in his appearance, but it took little effort for him to light up a room with his smile and laughter. He had kind messages for his kids, nieces, and nephews and a friendly, supportive nature. He will be missed very dearly by his family and friends both in Canada and the US, but he will remain in our hearts forever.