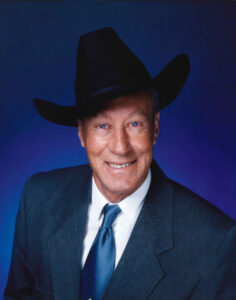 Gerald Isley passed away on Friday, August 1, 2014 at the age of 77 years. He will be lovingly remembered by his wife of 55 years Jean; children, Toni (Ken) Garlock, Scott, Kelly (Nancy) and Gerry Jr., grandchildren, Andrew (Nicole), Marshal, Alex, Taylor, Riley, Cody, Caitlyn, Breanna and Braden; sister Grace McMahon of Phoenix, AZ. He was predeceased by his sister Dolly Williams and daughter-in-law Sonya (Gerry Jr.). Gerald was born in Vermillion, AB to Clifford & Viola. His love of cars encouraged him to pursue stock car racing. While building and repairing the stock cars, he decided to go to SAIT to earn his journeyman mechanic certificate. While in Calgary, he met the love of his life and business partner Jean Short. They were married in 1959 and were blessed with four children. In 1967, Gerald followed one of his dreams and established Gerry Isley Trucking and soon had contracts across Alberta. He was highly respected in the industry and became a representative on the Alberta Sand & Gravel Board. In 1978, the family moved to Langdon and he decided to pursue another of his dreams, owning a herd of cattle. This led to Gerald showing and selling breeding stock across North America. In the last 25 years, Gerald and Jean spent most winters in Mexico or Phoenix. Summers were spent at their cabin at Little Bow and exploring historic sites. Gerald was very proud of his family’s accomplishments and loved having them around. A Visitation will be held for Gerald at Pierson’s Forest Lawn Chapel (4121 – 17 Avenue SE, Calgary) on Wednesday, August 6, 2014 from 6:00 – 8:00 p.m. As nothing pleased Gerald more than to have friends and family join him for a party, please join us for a Celebration of his Life and Funeral Service at Dalemead Church on Thursday, August 7, 2014 at 1:30 pm. Interment will follow at Dalemead Cemetery. If friends so desire, donations may be made in Gerald’s name to Myeloma Canada (www.myelomacanada.ca). Messages of condolence may be forwarded to the family at www.piersons.ca.