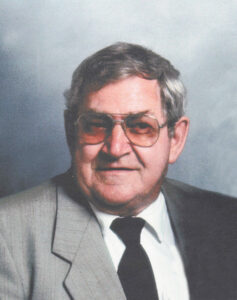 George Sabados passed away on Monday, November 17, 2014 at the age of 85 years. He will be lovingly remembered by his four sons, Richard, Peter, Rob and Kevin (Tina); daughter in-law Janet; sisters Gloria, Shirley, Rose and Barb; numerous grandchildren, great grandchildren, nephews, nieces and great nieces and nephews; and many more family and friends. He was predeceased by his wife Joyce, daughter Crystal, brother Art and sister Dorothy. George was born in Lampman, SK and raised near Weyburn, SK. He loved hunting, fishing, boxing and football, but his greatest love was his family. He will be loved and missed by all who knew him. “There is no greater love to be had than the love one should have for God and his Father and Mother” A Visitation will be held for George at Pierson’s Forest Lawn Chapel (4121 – 17 Avenue SE, Calgary) on Monday, November 24, 2014 from 6:00 – 8:00 p.m. A Funeral Service will then be held at Evangel Calgary Church (4869 Hubalta Road SE, Calgary) on Tuesday, November 25, 2014 at 1:00 pm.