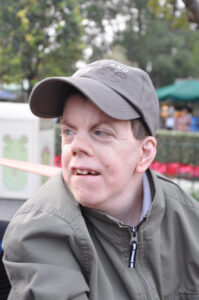 PRESSACCO (SORENSEN), Geoff April 16, 1984 – July 24, 2014 It is with great sadness that the family of Geoff Pressacco (Sorensen) announces his peaceful passing after a short illness. Geoff brought happiness to those around him through his infectious personality and mischievous sense of humor. Geoff was raised in Fernie and Cranbrook before moving to Calgary with his family in 1999. Geoff is survived by his mother, Deb Rennie; father, Soren Sorensen; sister, Dana Wheatley (Stephen); brother, Erik Sorensen; and grandmother, Mary Leeder (John). Geoff leaves behind a large and loving extended family and many friends, both old and new. Geoff’s family would like to thank the teams who cared for him during his stay at the Foothills Hospital and the nurses and staff of Unit 36. Donations can be made in Geoff’s honour to his day program at Springboard Centre, #14, 2115 27 Ave NE, Calgary, T2E 7E4, attention Troy Lacher. A memorial will be held at the North Haven Community Hall, 5003 North Haven Dr. NW, Calgary, on Sunday, August 10 at 4:30 pm, with reception to follow.