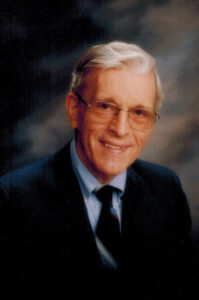 Dr. Gary B. Stanford, 78, died of natural causes on October 6, 2015 at his home in Holladay, Utah. Gary was born in Raymond, Alberta, the son of Nunham Glenn Stanford and Mary Ann Brewster Stanford. In 1940 his family moved to Rosemary, where he attended high school. In 1961, he graduated from the Faculty of Medicine, University of Alberta. He interned at the Calgary General Hospital and briefly practiced family medicine in Calgary.

He went to Harvard Medical to study ophthalmology and was a resident at Columbia University in New York, after which he moved to Salt Lake City to practice his specialty. He became head of ophthalmology at several hospitals and served as president of the Utah Society to Prevent Blindness.

Dr. Stanford was known as a compassionate and hard-working physician who quietly performed many acts of service for others. He was a devoted member of the Church of Jesus Christ of Latter-day Saints.

Survivors include his brother Walter (Myrna) Stanford and his sister Marianne (Thomas) Flanagan, both of Calgary, Alberta. He was preceded in death by his parents and his brothers Nunham (Katherine) Stanford of Stirling and Leland (Ellen) Stanford of Spring Coulee. He leaves behind 12 nieces and nephews.

A memorial service was held on October 24, 2015 in Salt Lake City. Another memorial will be held on November 7, 2105, at the Claresholm Church of Jesus Christ of Latter Day Saints, 4924 3 St E, Claresholm, AB. Viewing at 12:00, service at 1:00 PM. Interment will take place the same day in the Stavely cemetery