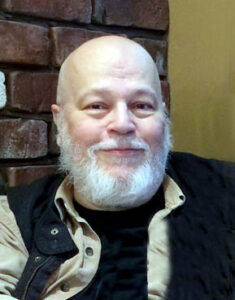 It is with sorrow that the family of Fred Watson announces his passing on Monday February 4, 2019 at the age of 71. Fred is lovingly remembered as a man of great integrity. He was born on August 6, 1947 in Montreal, QC. He moved to Alberta in 1966 and lived and worked in both Calgary and Edmonton. Fred loved his music (Bob Bossin, and Catherine McKinnon amongst his favorites), philosophy, poetry and books. Up until his final days he eagerly espoused his views on the nature of life and the mystery of death. Fred spent the last eight years of his life married to Beth, and considered this a time of spiritual, mental and physical renaissance. He will be dearly missed, and fondly remembered. Fred is predeceased by his mother Gladys Watson, and grandson Owen. He is survived by his wife Beth Watson; sister Pat nephew Scott (Char); children Jason (Cindy), Kurtis (Amanda), Derrick (Dawii), Michael (Chantelle), Gordon, Tracy (Brett) and grandchildren Odin, Cade, Alora, Tate, Lily, Braden and Xander. A celebration of Fred will be held on Saturday February 16, 2019 from 1:30-3:30pm at the Millican Ogden Community Association. 6901 – 20a Street SE Calgary T2C 0R5. Should friends desire, contributions may be sent to the Doctors Without Borders or the Calgary Humane Society.