You are here: Obituaries / Frank Wince 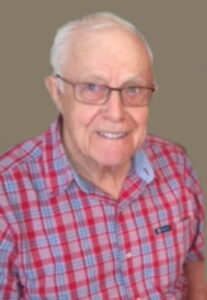 It is with heavy hearts that we acknowledge Frank Wince (Ferenc Wincze) passed away May 28, 2021 in Calgary. He was 93 years old.

Frank’s birth mother (Anna Nèhmeth) died when he was just two years old. She was interested in architecture and helped design the Pearce School. These genes were passed down to her only son Frank. His father (Gyula Wincze known as Julius Wince) then married Margaret Nyaradi. He leaves one surviving sister Helen Lengyel.

Frank started working with the CANADIAN PACIFIC RAILWAY at the young age of 14 and worked 42 years with them. He would walk to work with his father from Coalhurst. Frank became involved with the Union and worked many years as a Union Rep for his fellow workers. Frank learned and cherished his building craft at an early age and was self-taught. Dad built every house we lived in and spent countless hours thinking about how to build things better. His father loved helping him build his houses. Frank helped all his daughters with their home’s and built countless pieces of furniture for them and his grandchildren. He also helped many friends, family and neighbors with their building projects. Dad believed that you could do anything you put your mind to. He had a strong work ethic and could out work anyone. Volunteering with the Fraternal Order of Eagles was one of many ways he helped others. He helped organize cribbage tournaments as well as the luncheons. He enjoyed doing expert level sudoku, golfing, bowling, playing cards, darts, shuffleboard, pool and curling. He loved socializing and enjoyed trips to Vegas with mom. He was a man who valued fairness and was true to his word. We will miss the twinkle in his eye, his sense of humor, whisker rubs and the way he would “professionally” carve our Christmas Turkey’s.