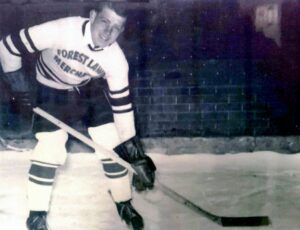 Francis (Gene) Revoy passed away on Sunday, February 24, 2019 at the age of 80 years. He will be lovingly remembered by his wife of 60 years Elizabeth “Betty”; children Jeanne Revoy, Darcy Revoy, Tammy (Don) Lee and Teresa (Kevin) Jackman; Grandchildren Tanya (Scott) Resch, Kendra Revoy (Brent Whelan), Caitlyn, Joshua, Kaiden and Macenna; great grandchildren Gina and Blake; siblings Lynn (John) Beaulieu, Garnet Revoy and Donelda (Gerry) Alyward; and many nieces and nephews along with other family members and friends. He was predeceased by his parents Perry & Florence Revoy, brother James Revoy, sister-in-law’s Marilyn and Lillian Revoy and daughter-in-law Shirley Larochelle-Revoy. Gene was born in Nipawin, SK and in 1952 his family moved to Forest Lawn where they resided in the homestead of which the family built. While at the gas station one day, the love of his life walked in looking for a ride to the Grand Ole Opry as their car had broke down. He happily obliged and that ride started 60 of the best years of their lives. They were married in 1958 and were blessed with 4 children. Gene was a 50 year member of Local 92 Labourers Union. He enjoyed playing and coaching sports. He also enjoyed hunting, camping, gardening and most of the time giving orders. His greatest love was his family. The family would like to express their gratitude to the team at Dulcina Hospice, especially his care team, Vicky, Josie and Erin, for the exceptional care they showed Gene. A Celebration of Gene’s life will be held at a later date. If friends so desire, donations may be made in memory of Gene to Dulcina Hospice (110 EvansPark Manor NW, Calgary, AB T3P 0N4).