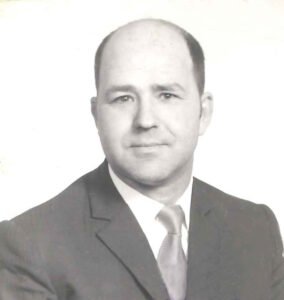 Fernando Barata passed away on February 29, 2016 at the age of 85 years. He will be lovingly remembered by his son Joe (Vera) Barata; grandchildren Ryan and Melissa Barata; siblings Maria Cecilia Serra and Irene Mendes Barata and many more family and friends. He was predeceased by his wife of 56 years Linda Barata; parents Aleixo Mendes da Silva and Maria de Jesus Barata Rodrigues and sisters Rosalia Mendes Barata Carvalho and Maria de Conceicao Barata Gaspar. Fernando was born and raised in Unhais Da Serra, Portugal but lived most of his life in Canada. After his retirement, he enjoyed trips with his wife Linda to their second home in Portugal. He was known for his love and devotion to his family, especially his grandchildren, a strong work ethic, love of gardening and kind heart. He courageously battled Parkinson’s Disease for 27 years, never complaining or letting it get in the way of living life to the fullest. His family will love and miss him greatly. Thanks to the staff at Bethany Care Centre and Carewest Garrison Green for the great care they provided. Prayer Services will be held at Our Lady of Fatima Catholic Church, 4747 – 30 Street S.E., on Friday, March 4, 2016 at 7:30 p.m. A Funeral Mass will be celebrated at the same location on Saturday, March 5, 2016 at 11 a.m. If friends so desire, donations may be made to the Parkinson’s Society, No. 102 – 5636 Burbank Crescent S.E., Calgary, AB T2H 1Z6