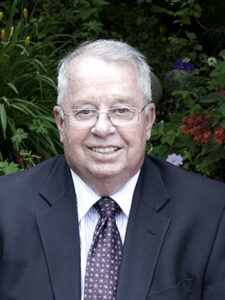 Eugene “King” Joseph Emmerson, 86. Devoted Spouse, beloved Father, Grandfather, and Great Grandfather passed away peacefully in the late hours on May 11th, 2021 in his hometown of Calgary Alberta. Born March 10th, 1935 in Lundbreck Alberta to Leslie Emmerson and Eileen Nelson. He spent his formative years in the small towns of the Crownest Pass before moving to Calgary in 1957. There, King met his true love, Betty, and they were married on May 6th, 1961. In their 60 years of marriage, Betty and King did it all. They travelled the world on cruise ships, raised a beautiful family and sought out a refreshing Diet Coke everywhere they went. Their marriage will always be remembered as a true example of commitment, dedication and love.

King spent over 35 years working for the City of Calgary/Enmax in many different roles before retiring in 1993. King had a wonderful sense of humor; a contagious laugh and he always brightened someone’s day with a joke or a witty comment. He gained friends everywhere he went, and he was an uplifting presence in every room. He adored children and loved to take every opportunity to talk with them.

King had a great love for all sports. He was an avid golfer and a fan of hockey and football. He never missed the chance to watch the Calgary Stampeders at McMahon Stadium, with his family or his great friend Court. Although what he loved more than the game, was the entertainment his friends and family brought to the experience.

King’s world revolved around his family. His devotion to his children and grandchildren never wavered as he coached, supported and cheered them on in all their endeavors. He loved to attend hockey and soccer games, piano recitals, school concerts, dance performances, marathons and any activity his family was involved in. He was reliable and thoughtful, and was always there to celebrate, especially if there was a post-activity meal.

His commitment to the Church of Jesus Christ of Latter-Day blessed his life greatly and was an example to all.