You are here: Obituaries / Ethel Deak 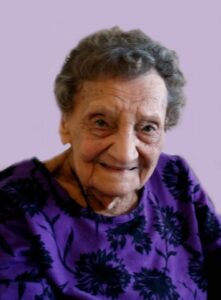 Ethel Deak passed away peacefully on Wednesday, May 16, 2018 at the South Health Campus at the age of 98 years.

Ethel was born in Hungary and immigrated to Canada with her family as a young girl. She lived for periods of time in Raymond AB, Mission BC, and for the past many years in Calgary. Her husband Mike passed away at a young age leaving her to raise their two boys on her own. Upon moving to Calgary Ethel began working for the Calgary Stampede Board where she loyally worked for many years. Ethel was a woman with a pure soul and loved by all who knew her.