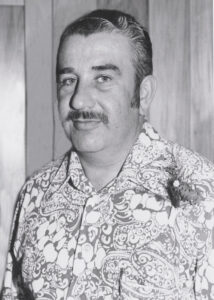 Ernie was born in Gorlitz Saskatchewan and later moved with his family to Hudson Bay Saskatchewan. He is predeceased by his parents Mary and Alex Procyshen. Ernie is survived by his wife of 53 years, Gordiana, and his 3 children, Valerie(Paul) Cyr, Sonja(Norman) Bond and Randy(Leanne) Procyshen, six grandchildren, Paul Jeffrey (PJ) Cyr and Vanessa (Justin) Bulman, Michael and Laura Bond, Kelcie and Jenna Procyshen. 3 great granddaughters, Olivia, Abigail and Cecily, as well as his brothers and several brother in laws, sister in laws, cousins, nieces and nephews. Ernie moved to Calgary in about 1957. He Married Gordi on April 21, 1962. He worked for UGG for 15 years and then 21 years for Sears. He was well loved and respected by all his coworkers. Ernie loved the outdoors. He was an avid hunter, fisherman and camper. He took his family camping often, taught Randy how to hunt and tried to teach him how to fish. Ernie spent time every summer with his family up in Hudson Bay Saskatchewan visiting his parents and other extended family. He also took Gordi and the kids out to the farm in Rockyford nearly every weekend to visit with her parents before they passed away. He always helped out at the farm with the harvesting, butchering chickens and branding of cattle. Ernie was also a handy kind of guy. He could fix anything. He was very mechanical as well. Ernie was always available to help repair or build anything. Ernie was quite a character, always ready with a joke or two to tell. He was also a bit of a collector. If you needed anything, chances are Ernie had one, two or ten of whatever it was. Ernie attended many of his grandchildren’s sporting events & school performances. Ernie spent the last 1 1/2 years of his life in the George Boyak Nursing home. He was loved there and will be missed by all the staff. There will be a celebration of Ernie’s life held at Pierson’s Funeral Home, 4121 – 17 Ave SE on September 19, 2015 at 1:00PM.