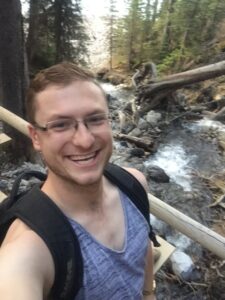 The family of Eric Poffenroth is saddened to announce his sudden passing on Sunday December 18, 2016 at the age of 23 years. Eric will be deeply missed by his parents Don and Anita; his brother Kyle; his grandfather Peter Loogman; his fiance Kimberly; and many cousins, aunts, uncles and close friends. Eric was a young man who had a great passion for life, family and friends. His personality was thoughtful, genuine, and giving, putting others before himself. Eric would always lighten the mood and cared about the people around him, closest friends and strangers alike. A Funeral Service will be held for Eric at Avenue Church (7642 22 St SE) on Tuesday, December 27, 2016 at 1:00 pm.