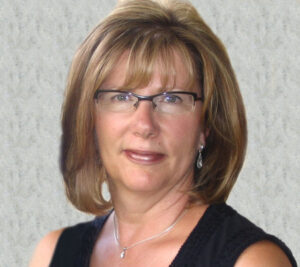 We as a family are so sad to announce that we suddenly lost the most incredible wife, mother and grandmother in the world, on April 13, 2012 at the Foothills Medical Center. Elaine Couzens was born in Edmonton on March 18, 1949, and married her “ever lovin'” James (Jim) Couzens on June 17, 1965. Their seven children were the focus of her life and attention; they are Shannon (Kevin) Plintz, Randy (Kim) Couzens, Jennifer (Kevin) Temple, Benjamin Couzens, Katie (Ryan) Haggard, Amy (Owen) Reader and Connor Couzens – all of Calgary. She also loved and took delight in her nine grandchildren Cassandra and Samantha Temple, Bailey Meehan, Madeleine and Emma Plintz, Hallie and Candice Couzens, Ella and Ryder Haggard. She was the daughter of Anne and Edward McCourtney now of Calgary, and was predeceased by her loving grandparents Olga and Joe Hanelt. She has always been described as a lady, the epitome of elegance. She was not only beautiful, but she cared for everyone around her- she was so much to so many. Most of all though, she loved Jesus. We will be celebrating her life at a Memorial service on Thursday, April 19th, 2012 at 1:00 PM at First Assembly Church (6031 Elbow Drive SW). In lieu of flowers, donations can be made to the Alberta Children’s Hospital (2888 Shaganappi Trail NW, Calgary, AB, T3B 6A8), or Beth Shechinah – House of Glory (2635 – 32 Street SW, Calgary, AB, T3E 2R8). “He died for us so that, whether we are awake or asleep, we may live together with Him.” Messages of condolence may be forwarded to the family at www.piersons.ca. Arrangements are in care of PIERSON’S FUNERAL SERVICE. Telephone 403-235-3602.