You are here: Obituaries / Edward Visser 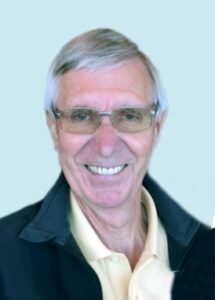 Ed Visser passed away on Friday, January 27, 2017 at the age of 72 years. He will be lovingly remembered by his wife of 41 years Charlotte; brother Gerrit (Arlene) Visser; mother-in-law Delores Topping; sister-in-laws Sandi Topping and Brenda (Brant) Wilson; brother-in-laws Randy Topping and Kevin (Darlene) Topping; numerous nieces and nephews; and many more family and friends. He was predeceased by his parents Douglas & Gonda Visser and father-in-law Charles Topping. Ed was born in Edmonton AB and raised both in Edmonton, AB and Nanaimo, BC. After finishing his University education, he moved to Calgary where he met the love of his life Charlotte. Together they had many adventures as they traveled the world. Two of Ed’s greatest passions were photography and great friends and family. A Memorial Service will be held for Ed at Pierson’s Forest Lawn Chapel (4121 – 17 Avenue SE, Calgary) on Wednesday, February 1, 2017 at 2:30 pm. In lieu of flowers, donations may be made in memory of Ed to the Cancer Research Society (www.crs-src.ca). Messages of condolence may be forwarded to the family at www.piersons.ca. Arrangements are in care of PIERSON’S FUNERAL SERVICE. Telephone 403 235-3602.