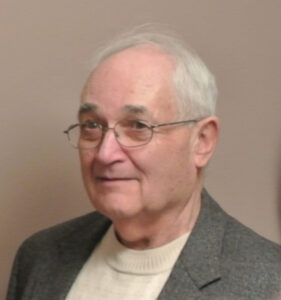 Edward James Simpson, born 3 October 1940, passed away at the Peter Lougheed Hospital in Calgary, AB on 15 May 2015. Born to Oscar George Simpson and Mina (Viney) of Three Hills, AB he moved to Calgary where he had four girls with his first wife, Roberta Chapman. He later met the love of his life, Annette Jervis, whom he married 11 October 2008. He worked hard as a glazer for 45 years always helping all of his children where he was needed. He leaves behind his beloved wife, Annette. He is also survived by his mother, Mina and brothers, Stanley and Allan. He leaves a legacy of 4 daughters and 3 sons and their families. 1)Barbara (Glenn) Kiddle of Okotoks, AB a.Ashley (Dustin) Port of Calgary, AB b.Dalton (Jordan) Umbach i.Emma Umbach c.Mitcheal Kiddle d.Courtney Kiddle e.Cassandra Kiddle f.Anthony Kiddle 2)Heather (Randy) Caravaggio of Calgary, AB a.Christopher (Michelle) Scott b.Piper Caravaggio 3)Audra (Terry) Miller of Calgary, AB 4)Jolie Simpson of Toronto, ON 5)Steven (Barb) Spokes of Rosetown, SK a.Ashleigh Spokes b.Braeden Spokes i.Lucas Spokes c.Alex Comfort d.Sidney Spokes e.Chenise Spokes f.Dylan Spokes 6)Terry Spokes a.Jordan Spokes i.Lucas Spokes 7)Christopher W (Cathy Yee) Spokes of Calgary, AB a.Christopher A Spokes b.Curtis Bonwick i.Easton Bonwick c.Brandyn Yee He was predeceased by his father, Oscar and brother, Harvey. In lieu of flowers, donations may be made to the Canadian Cancer Society (www.cancer.ca)