You are here: Obituaries / Eduardo Vicente 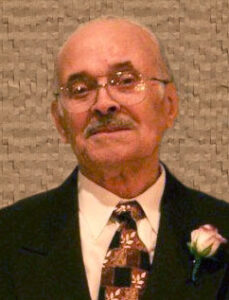 VICENTE, Eduardo April 4, 1920 March 15, 2013 Eduardo Vicente passed away on Friday, March 15, 2013 at the age of 92 years. He will be lovingly remembered by family; sons: Eduardo (Diane) Vicente Jr. and Carlos Vicente (Terri O’Neill); grandchildren: Susanne, James, Terry, Jenniffer, Jaclyn, Stephanie and Talia; great grandchildren: Deegan, Jaden, Jacob, Malik, Jasmine, Judah and Dominic; numerous nieces and nephews in both Canada and Portugal; and many more family and friends. He was predeceased by his wife of 65 years Zulmira; son John; his parents; and his brother. Eduardo was born and raised in Sao Miguel, Azores, Portugal, where he met and married the love of his life Zulmira and where they started their family. He immigrated to Canada in 1958 with his family following two years later, making Calgary their home ever since. Eduardo loved his family most of all. He loved having them over to his home and his hospitality will be fondly remembered. Eduardo’s family will always remember him as a kind, warm, loving and all around wonderful father and grandfather. Prayer Services will be held for Eduardo at Our Lady of Fatima Catholic Church, 4747 30 Street SE, on Monday, March 18, 2013 at 7:30 p.m. Funeral Mass will be celebrated at the same location on Tuesday, March 19, 2013 at 10:00 a.m. with Reverend Father Clauber Lima, Celebrant. If friends so desire, donations may be made in Eduardo’s name to either the Kidney Foundation of Canada, 6007 1 A Street SW, Calgary, AB T2H 0G5 or the Lung Association, #208, 17420 Stony Plain Road NW, Edmonton, AB TS5 1K6. Messages of condolence may be forwarded to the family at www.piersons.ca. Arrangements are in care of PIERSON’S FUNERAL SERVICE. Telephone 403-235-3602.