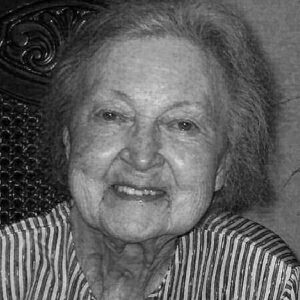 Edith Langkowski of Calgary passed away peacefully at AgeCare Glenmore at the age of 89.

Edith spent her younger years in Germany where she met and married her late husband Walter Whilhelm Langkowski. After having two young boys they emigrated to Canada and eventually settled in Calgary. Along the way they added three more boys to the flock. Calgary became home to Edith while caring for her large family. In her retirement years, she enjoyed camping in the summers around Alberta and wintering in her most favourite place, Yuma Arizona. She loved being a snowbird, loved playing cards, crocheting and knitting. She made many of the boys clothes growing up. She was also a prolific reader.

Edith is survived by sons Walter (Carolyn), Alfred (Keltie), Arnold (Josie), Albert (Brenda); 12 grandchildren and 14 great grandchildren. Edith was pre deceased by her father Franz Spitzer; mother Gertrude Spitzer; her husband, Walter and son, Peter. She will be sorely missed by both family and friends in both Canada and Germany, especially Giesla Eichhoff, the daughter she always wanted.

The family would like to thank the staff of AgeCare Glenmore for their wonderful attention to Edith.

A Graveside Service will be held for family and friends wishing to attend at Queens Park Cemetery on Tuesday October 30 at 1:00 pm. A private family Celebration of Life will be held at a later date.