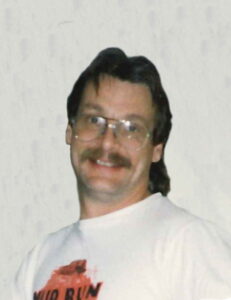 Doug Burton passed away on Saturday, May 9, 2020 at the age of 64 years. He will be lovingly remembered by his wife of 35 years Tammy; step-son Jason Deleeuw, and his daughter Taylor, of Penticton, BC; father Brian Burton, of Edmonton, AB; brother Greg McGinnis, of Calgary, AB; best friend Jim Hyrve, of Edmonton, AB; racing buddy Pete Docherty, of Penticton, BC; and many more family and friends. He was predeceased by his mother Joanelle Bryant, brother Robert Burton, and step-daughter Candace Deeleuw.
Doug was born and raised in Edmonton, AB. He moved to Penticton, BC where he met the love of his life Tammy and they were married in 1999. While in Penticton Doug drove race cars at the Penticton Speedway. In 2005 they moved to Calgary which has been their home ever since. Doug enjoyed boating, water skiing and living life to its fullest. He was a giving and caring soul that would help anyone who needed it. He will be sadly missed by all who knew him.
Funeral services will be held for Doug in BC at a later date. If friends so desire, donations may be made in memory of Doug to the Canadian Cancer Society (www.cancer.ca/donate).