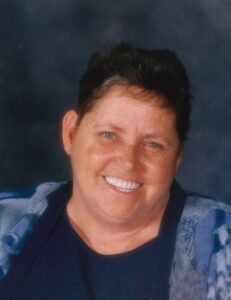 Dianne Bell passed away peacefully in her sleep on Friday, March 6, 2020 at the Peter Lougheed Centre in Calgary, AB at the age of 72 years.

Dianne was born and raised in Hamilton, Ontario. She started her working career at Dominion Glass and later took a position at Allen Industries. For a number of years, she worked at The Coin Shop and a Canada Post outlet, which delighted her as she enjoyed stamp collecting. Dianne married Robert Brooks in 1967 and together they were blessed with two children. These were difficult times as her infant daughter Cindy passed away in 1971.

Dianne met and married John Bolonzon and they enjoyed happy years together, however she incurred significant health challenges including cervical cancer and a brain aneurism. With great determination, Dianne weathered these storms and showed her resilience, raising her son and returning to school to receive her High School Diploma as an adult learner. Sadly, John passed away in 1993. In 1994 she married Donald Bell, another happy union which ended in his passing away in 2012. Over the years Dianne would continue to have health setbacks. The earlier surgeries left her with double vision and further health challenges included developing COPD. Throughout all her many difficulties, she showed her hardy nature and maintained a positive attitude. Dianne’s interests included stamp collecting, a passion she shared with her mother, cooking, canning, crafts of all sorts, crocheting, sewing, gardening and a love of science fiction. Animals were an important part of her life. She enjoyed her hobby farm in Binbrook, Ontario where she enjoyed raising chickens, ducks, geese, rabbits, pigs and some beloved dogs. A part of Dianne’s story includes a cherished pig “Suzie” that she raised and eventually was rendered into some beautiful soap. Dianne loved her family and cherished the time she spent with them. She enjoyed each of them and loved watching them grow and develop their talents. She has left a wonderful legacy and we will dearly miss her.

A Memorial Service will be held for Dianne at the Salvation Army Citadel Community Church, 222 Sandarac Drive NW, Calgary on Saturday, March 21st at 5:00 pm. A gathering in Hamilton will take place at a later date. Messages of condolence may be forwarded to the family at www.piersons.ca.