You are here: Obituaries / Dorothy Muirhead 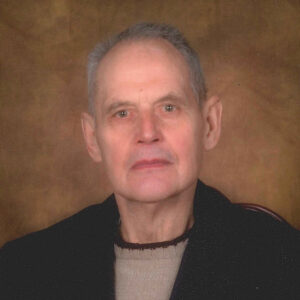 Dorothy was born June 5, 1921 to Ernest Paine and Edith Hebden in Leeds, Yorkshire, England. At the time of her birth, her father was in Canada, and out of necessity her mother returned to her profession of dressmaking, thus her grandmother, Sarah Hebden, became her and her sisters caregiver. Dorothy has many fond memories of her grandmother nursing her through illness and singing “My girls a Yorkshire girl, Yorkshire through and through, my girls a Yorkshire girl, ee-by-gum shes a champion!” She turned 5 years while crossing the Atlantic on the boat when her mother returned to her husband in Regina, Saskatchewan, Canada. One distinct memory she has of the crossing was getting her head stuck in a staircase railing and being told theyd have to cut it off to remove it.

In Regina the family lived in a small four-room house on the western outskirts at 2022 Alexandra Street that her father had built. There was no running water in the home, having to be hauled from a stem-pipe three blocks away. The memories of the neighbourhood, schools, family and events seem endless. Dorothy kept journals from her teenage years on, which give great detail of her life there.

Around the age of 8, Dorothy was introduced to The Church of Jesus Christ of Latter-day Saints by Sister Lily Dixon. She was invited to attend a home Primary, conducted by two Lady Missionaries, as they were called then. Although previous to this, two Lady Missionaries had called at her home and left a Book of Mormon that had been kept in her Mothers top dresser drawer. After the Dixons moved it wasnt until Dorothy was 14 that a renewed friendship brought her back into their home. It was shortly after this that Dorothys grandmother died who had been her caregiver in those early years. Dorothy was devastated and with her mother also suffering grief from the loss of her mother, it was Lily Dixon who she went to for comfort. Lily explained the Plan of Salvation to her and assured her that she would see her grandmother again someday. Soon Dorothy was a regular attender on Sunday and mid-week classes. The truth of where she came from, why she was here, and where she was going, was thrilling to Dorothy and became her favorite subject when asked to speak.

Dorothy, almost 18, and her older sister were baptized into the Church on May 28, 1939 in Wascana Lake along with 13 other individuals. Although she had been dating Alexander Muirhead on and off since the age of 15, he declined the invitation to attend her baptism. But after seeing the exemplary spirit displayed by Dorothy and her sister Constance, along with other reasons, Alexander investigated the Church on his own and was baptized on June 21, 1940.

The two broke up shortly after his baptism and agreed to date others for a while, but as circumstances would have it, they found themselves cuddled up in the back seat of his car after it slid off a greasy road and Alex handed the driving over to someone else, and the romance was back on track. Alex joined the Royal Canadian Navy Volunteer Reserve and was called to active duty in the fall of 1941. During his service in Esquimalt, BC his Ford Model T finally sold and he bought Dorothy an engagement ring, sending it express from Vancouver. Upon Alexs first leave in August 1942 plans were quickly put into action and the two were married by President Gordon Whyte in the little Latter-day Saints Chapel on Victoria Avenue in Regina. The two returned immediately to Victoria as a newlywed couple by train and boatDorothy described this as “very exciting to be starting our new life in an entirely different setting, so different from the Prairies.” In May 1943 Alex was given a two week leave and the couple headed for Lethbridge on the old Kettle Valley line to be sealed for time and eternity in the Cardston, Alberta Temple.

Later that year they had their first separation as Alex was assigned to a minesweeper up the coast at Prince Rupert and the two were apart for 10 months. Not long after Alex was drafted to Halifax which became their next home till the end of the war. Following the war, veterans were offered a house and a parcel of land or a University education. The decision was made to take the education at the University of Alberta in Edmonton, partly because the Church at this time had more members in Alberta than any other part of Canada and “we wanted this advantage when raising our family.”

By this time Dorothy writes that “I had at last become pregnant.” Heather, Margaret, and Constance were all born in Edmonton before they moved to Grande Prairie after Alex had successfully received his C.A. degree. The house they rented there did not have running water and only a chemical toilet in the dugout basement. The whole situation there was depressing for her as she dealt with a sickly baby, no familiar faces, no conveniences and a husband that became increasingly uneasy with his work.

After a year and a half they were blessed with a job offer in Lethbridge. As they departed in February 1953 it was cold and snowy, but by the time they reached Lethbridge there was scarcely any snow and considerably warmer. The new home they rented on the north side was heaven to Dorothy. There was running water, a forced air furnace, a gas stove and a full basement to do the washing. The work was good and it was their first experience of being in a large ward of the church. But it wasnt long before the company Alex was working for moved to Calgary. This is where they bought their first home for $11,000. It was to have three bedrooms and was under construction at 3210 29 St SW, and until it was finished the family lived in a motel.

Soon after moving to Calgary Dorothy gave birth to their first son James, followed 2 years later with Janet coming into the family. Thomas, the second son and last child was born in 1959 and Alexs mother told Dorothy to give all her maternity clothes away. It was time, and she wouldnt be able to come for the birth of any more children.

During this time the family enjoyed many opportunities serving in the church as they raised their six children in a large ward. In 1967 her oldest daughter, Heather, was married for time and eternity in the Cardston Temple.

In 1971 Dorothys parents moved to Calgary from Olympia where they had lived since 1950. It was now her turn to look after her parents. The next year brought about another change as the family made their first move in 19 years to Vulcan where Alex had bought an accounting practice. It was while living here during 1973 that both her parents passed away and her next two daughters, Margaret and Constance were also married in the Cardston Temple. The members of the Champion Ward of the church were a real support during this time and created life long friendships during the 3 years of living in Vulcan.

In 1975 Alex received a job offer to work with the Provincial Auditors office in Calgary, so the family moved back to Calgary under the same protest from Janet and Tom as when moving to Vulcan 3 years earlier. It was here that Dorothy once again entered the workforce full-time, managing a photocopy business. In 1977 the next two children, Janet and James, were both married in the Cardston Temple.

In 1978 Dorothy helped nurse Alex back to full health following open heart surgery to replace his mitral valve with an artificial one. Upon recovery they moved into a condominium townhouse they purchased, along with their youngest child, Thomas. During this time they both continued to work full-time saving for retirement. Dorothy left the photocopy business and took a secretarial position at Mount Royal College. It was also during these years that they traveled a fair bit visiting lots of family for various events. In 1982 they celebrated their 40th wedding anniversary with a family gathering topped off with an Anniversary Dance.

By the time she retired from the college in 1987 she was a grandmother to 29 grandchildren. Plans were being formulated to serve a mission and in March 1989 they received their call to serve in the California San Diego mission and reported to the Missionary Training Centre on April 26. It was while serving a mission together that Alex passed away to the other side on November 1, 1989.

Dorothy returned home to Calgary without her eternal companion, but accompanied by two of her daughters. During this time of adjustment after losing her sweetheart of 47 years she had her youngest son, who was still single, living with her in her home. And although he didnt know it at the time, this appeared to help her in adjusting to single life. And as she adjusted to the single life her youngest found an eternal companion and was married in the Cardston Temple in 1993.

As the years continued to march on she remained active, visiting her posterity and taking great joy in them. She knit many blankets that are beloved by a number of her grandchildren.

Dorothy moved to Lethbridge in 2003 where two of her daughters were close by and helped her after repeat hip surgeries. Her new single level home was also a great help over her 3 level home in Calgary. In 2009 she started attending a yearly gathering in Montana with her children and their spouses that strengthened all of their relationships. It was also during this same period that yearly birthday celebrations were held for her. These events helped to build family unity among her posterity and the great unifying figure she became among them.

She remained mobile, using a walker during her last years. Dorothy enjoyed living in her own home with the peace and comfort familiar surroundings gave her. As her health quickly deteriorated over her last 2 months of life, she was able to remain in her own home with the wonderful support of friends, family, and health care workers. Her wish to pass to the other side while still being at home was realized on Friday November 2, 2018 with family at her side as she drew her last breath from her earthly tabernacle.