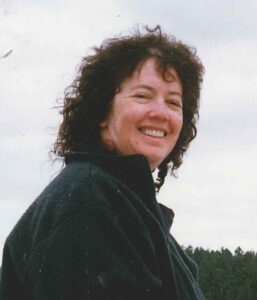 Dorothy Servos passed away peacefully on January 7, 2012 at the age of 57 years. She will be deeply missed by her best friend and eternal companion, husband of 37 years, Timothy Servos; their son TJ Servos (Raegan); three grandchildren Taylor, Brendan and Alyssa, all of Calgary; a brother Michael Watson (Faith) of Edmonton; a sister Kay Cahoon (Lee) of Leavitt; and numerous nephews, nieces and friends. She was predeceased by her parents, John Watson and Marie Bisshopp, and her brother, William Watson. Dorothy was born in Victoria, BC, the third child born to John Kenneth Watson and Marie Margaret Cochrane. She was raised in BC and Alberta and attended Camosun College in Victoria. She loved the beaches of Vancouver Island, sailing, travelling, camping at French’s Beach, and spending time with her three much beloved grandkids. To Dorothy, there was no such thing as a stranger as she would stop and talk to everyone, openly sharing warm hugs, and kind words to everyone. She was very giving and shared meals, food, clothes with anyone she met that needed it. If Dorothy had a dollar left, she would give it to a stranger if she thought they needed it more than her. Funeral services will be held at 11:00 a.m. on Saturday, January 14, 2012 at The Church of Jesus Christ of Latter-day Saints, Forest Lawn Chapel, 44 Street & 8 Avenue SE. In lieu of flowers, donations may be made to Santa’s Anonymous. Messages of condolence may be forwarded to the family at www.piersons.ca. Cremation and arrangements are in care of PIERSON’S FUNERAL SERVICE. Telephone 403-235-3602.