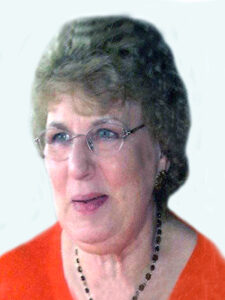 Donna was born in Eatonia Saskatchewan to Clara and Rudolph Miller, the first grandchild in the family. She was later greeted by a little sister, Evelyn, and brothers, Gordon and Kenny.
It was the olden times and they rode around in horse and buggy in the summer. In the winter, her Mom used to heat up rocks to keep them warm while being pulled by a horse drawn sleigh.

Her parents worked in various places in southern BC prior to settling in Youngstown, Alberta and starting a dairy farm in the 40’s. Donna was never meant to be a farm girl as she befriended all the animals. They grew up in a time when life was simple, family stayed close, food was wholesome and everybody was skinny.

She liked to share many of her remarkable experiences of her early life.

Learning in a one room school in Youngstown, AB, her teacher encouraged her to become a doctor, but she soon met a tall handsome ball player from Delia. Two years later she and Donald Mason married.

When they moved their growing family to Drumheller, Donna explored some of her many talents. She joined Beta Sigma Phi sorority and became president for a year, then studied drama while managing a busy home life.

Don built highways in the area while Donna managed the household. She took her responsibility as mother, wife and homemaker seriously and did her best to see all were happy and content while maintaining a regal presence. It was a home where extra kids and company were always welcome. Many nieces and nephews enjoyed her motherly love.

The family moved to Calgary in December 1969 where she took up oil painting. Some of her paintings were accepted in a cross Canada tour. Much of her work focused on old homesteads, grain elevators and nature, many of which she sold. She completed an art degree at the Alberta Collage of Art by taking part time night classes.

She took up sewing blue jeans and was the first Blue Jean instructor in southern Alberta, working for Adult Education in Calgary and travelling to schools teaching jeans at night. In 1975, she opened D&D Denim and Fabrics (later to become D&D Fabric Place on Richmond Road) in Calgary and continued with her sewing and creative passion for fabric. She quickly expanded into quilting and D&D became the first quilt store in western Canada when printed quilting cottons were called calicos. Then she expanded into ski wear researching patterns and fabrics from faraway places and then lingerie. Today, quilting has become a widespread art form, ski wear a huge industry and lingerie stores began to pop up all over. Her talents did not end there. She later opened a second fabric store located in Willow Park and carried some of the rarest most beautiful fabrics in the world.

One of her greatest joys was the arrival of Justyne, a granddaughter, and a grandson, Leone both whom she loved and cherished. Sadly, her heart never recovered from the loss of her other grandson Mathew in 2002 and Justyne in 2016. Her remaining grandson Leone lives in Italy.

After divorcing and experiencing many losses, she found comfort in helping others go through the grieving process when she became a counselor for Beginning Experience, a program for which she volunteered.

She maintained many beautiful friendships through the years. Her retirement included flower arranging, travel and many other creative ventures. She was always busy. Any lost cats or dogs that came along were accepted by her loving heart.

Family reunions were a source of great joy and kept her in touch with her extended family of aunts, uncles and cousins.

She was humble about her accomplishments and never sought praise. Most will never know her generosity, kindness, intelligence and beauty. She loved animals, nature and children.
She had a great sense of humor and flare for fashion that has left an imprint on many. She never said a harsh word and gave much without asking for anything in return. She was mother to many lost souls and always had time for those in need.

We are grateful for her loving hand, patient heart and generosity to the world.

The last two years of her life were spent with her daughter, Brenda and son-in-law, Clay, where she continued to enjoy the simple things in life. Life was different, due to a debilitating illness, but she enjoyed every moment and taught much about how to live life with grace.