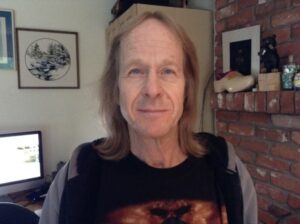 It is with great sadness and heavy hearts that we announce the passing of Donald William Carter on March 18, 2019, two months shy of his sixtieth birthday.

Dons meticulous work ethic, his commitment to his family and friends, his sense of humour and his boundless energy will live in our hearts forever.

Don leaves to mourn him and cherish his memory, his mother, Bernice Carter of Hanna, AB; his sister, Marjorie Carter (Hendrik Gelink); his nieces Danielle, Cherie (Roger Gauthier), Kateesha and Chauntelle; his great-niece, Leiah and his cousins and their families. He also leaves his adopted sister, Mary Schmitz, and a plethora of friends from his work all over western Canada and in Sudan where he was a heavy equipment operator for nearly 40 years.

Don was predeceased by his father, Donald Carter, in 1967. We know that he will be fishing with his dad wherever they are.

At Dons request, there will be no service. Condolences can be sent to [email protected]

As Don was never happier than when he was with his nieces, donations can be made to the Alberta Children’s Hospital Foundation (2888 Shaganappi Trail NW Calgary, Alberta T3B 6A8).