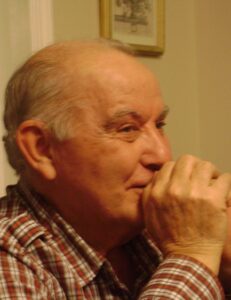 Donald Holt passed away peacefully on Friday, November 6, 2020 at the age of 79 years.

Donald lived the first 22 years of his life in Rolling Hills on the farm with his family. He met Rosanne Wood who lived in Brooks and married her shortly after. The first year of their marriage was spent on the farm. Don and Rosanne then moved to Calgary where Don was employed by the Canadian Postal Service until 1972. That same year Don and Rosanne opened a bottle return depot which was one of the first to open in Calgary. Don sold the bottle depots in 1981 and continued his own home-based businesses. Donald took great joy in his family and grandchildren and he will be missed by us all.

In light of COVID, A Celebration of Life will be held for Donald and Rosanne at a later date.