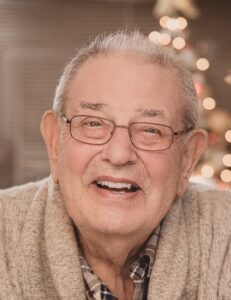 Donald Young passed away at home in Calgary, Alberta on February 10, 2021 at the age of 88 years. He is survived by his wife of 64 years, Florence, two daughters, Jolayne (David) Nash of Lincoln, California, and Nancy (Michael) Hicken of Portland, Oregon, and son Scott (Rebecca) Young of Fort Worth, Texas. He will be dearly missed by his eleven grandchildren: Haley Steuber, Sarah Campbell, Shelby, Brenton, Taylor, and Mia Nash; Jackson, Nate, and Georgia Hicken; and Thomas and Samantha Young, with whom he loved to joke and tease and was lovingly known as Bubba Don, Grandpoppy and Grandpa. Don was predeceased by his parents, Robert Listie Young and Ellen Carlotta (Paul) Young, and sister, Vivian Beck. Don was born March 25, 1932 on a farm at Arran, Saskatchewan where he grew up. He later worked for the CNR for 13 years as a telegraph operator before graduating from the University of Alberta with a BA in Education in 1965. He taught school in Edmonton, Calgary and Fort Chipewyan. Don loved people and made friends everywhere he went. He enjoyed the friendship of his weekly Subway lunch club buddies, a tradition that spanned over two decades. Long stays in the hospital in recent years did not deter him from befriending hospital staff. He loved baking bread and chiffon cakes, picking berries, working on genealogy, emailing jokes and funny videos to friends, loved cars and road tripping, and was never one to pass on a good buffet. He loved music and playing the guitar and violin, singing and calling square dancing. He had an aptitude for language and could exchange a few words with people from all over the world in their native tongue. Don had a deep and abiding faith as a devout member of the Church of Jesus Christ of Latter-day Saints. He will be missed by his loving family and many friends and neighbours.
Funeral Services for Don will be webcast on Friday, February 26, 2021 at 1:00 pm Calgary time. Those wishing to join the webcast can do so by clicking on the link below. If friends so desire, donations may be made to STARS Air Ambulance (www.stars.ca).